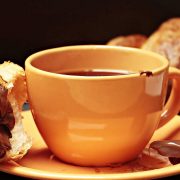 COMPANY IN THE NEWS: PATISSERIE VALERIE

Here in the UK, Patisserie Valerie whose IPO was 19th May 2006, has narrowly avoided receivership by a £20m loan injection. Its finance officer was briefly arrested but later bailed.

Could study of planetary cycles have led to a forecast of these events? Probably.

Of course Patisserie Valerie was not the only business to come to market that day and the others are not in this predicament. The link between Patisserie Valerie’s registration in 1926 and the IPO date reveals why this company is experiencing present difficulties.

For the moment though I’ll focus on the IPO date and suggest 5 astro-reasons as to the reason behind recent challenges.

FORECAST: Astro-signals suggest a take-over in 2019