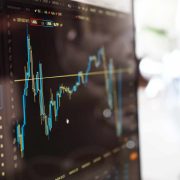 The planets didn’t disappoint and markets turned down after Venus’ station (October 5th) and markedly after Mercury entered geocentric Scorpio on October 10th.

The next Full Moon on October 24th is the first of its kind since 1936 immediately prior to one of the greatest slides in stock market history.  It should be recalled that when the Full Moon aligned with Uranus in September 2008, Lehman Brothers collapsed.

Heliocentrically Venus moves into Taurus on 24th and immediately aligns with Uranus – which should be good for precious metals. Possible gold price rise.

Just two days later, the Sun and Venus align as the so-called crash-cycle reaches its next phase. We should expect major market moves on Friday 26th.

Note: looking at the long-term, history may yet show just how precarious stock markets have become. If history repeats, then, as in 1937, 2019 could see the Dow fall by over 40%.