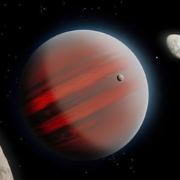 (As I write, Haumea is transiting 28 Libra, moving into Scorpio in .)

Haumea orbits the Sun in approximately 283 years –only slightly longer than Pluto’s orbit of 243 years. Just as the position of Pluto in my client’s charts ranges now from Leo through Sagittarius, their Haumea positions range from early Leo through early Libra. A few have conjunctions of the Sun with both Pluto and Haumea.

Readers will be aware that with Pluto presently concluding its Capricorn transit, as Haumea ends its Libra transit, that they must be en route to a square aspect. This is indeed the case, but doesn’t occur until 2029 after both planets change signs. The coming square is at 7 Scorpio (Haumea) and 7 Aquarius (Pluto). Whilst placing Haumea in the charts of clients has interested me for some time, the fact that in 2021, Saturn and Uranus form squares close to similar degrees of Fixed signs, piqued my interest in decoding Haumea’s influence. Is it possible that events in 2021 are setting the stage for major developments at the end of the decade?

But I am running ahead:

It is hard to ignore the vocabulary that is associated with Haumea. Is it really the dwarf planet of ‘terrible gifts’ and ‘awesome destruction’? This is indeed a reasonable conclusion given its prominent position in the charts for the deployment of atom bombs dropped on Japan in World War 11 (Sun conjunct Haumea), or in the chart of the Boxing Day tsunami that killed so many in South East Asia (un square Haumea). And yes, given Haumea’s recent opposition to Eris in this last decade, a case can be made for connection between the Haumea-Eris cycle and the rise of Isis and other groups apparently more focused on death and destruction than life and rebirth.

It is also true that Haumea is prominently placed in the charts of some people who have wreaked havoc and pain (e.g. Josef Stalin Mars opp Haumea), and not difficult to conclude that vibration from Haumea’s position – relative to both its place in the tropical zodiac and the interconnected phase with the planets and other dwarf planets, often correlates with destructive and sometimes out-and-out cruelty.

Yet I am also noticing something else: a potential link with philanthropy. Perhaps philanthropy HAS to go hand-in-hand with times of darkness and yes, for some, people, lack.

I work mainly with financial-business clients and dialogue turns around maximizing resources. What is interesting is that sometimes these individuals have asked me to consider optimum times for the launch of charitable foundations, legacies or have made me aware of their desire to give back.  Before exploring some of these charts, I should point out that I am a Libra with a stellium in that sign. As Haumea passed the first planet of my stellium, Mercury, I was asked to be a Trustee of the Urania Trust: an educational charity whose aim to research the links between man and cosmos. As Haumea transited my Neptune, (the last planet of this stellium), I became a director of the Alexandria-I-base (another not-for-profit organization): more of which later.

I come from a generation who have Pluto and Haumea in near conjunction and have friends and peers with whom there have been many discussions about legacy and estate planning. This became a major theme as Haumea sextiled our natal Pluto/Haumea placements.  Perhaps it is no surprise that since the early 1990s when Haumea entered Libra, my clients, unknowingly mirroring my life, became involved in projects designed ‘to give’ and fair to say that two of these clients have been near obsessed with creating a lasting legacy.

Another client, with Haumea in exact square to the Ascendant is chair of a family trust – again with philanthropic aim.  Just in this last month, I have had the pleasure of working with another client who has Haumea at the Midheaven, in trine to both the Moon and Jupiter, and who has chosen to fund the education of young scholars.   Again, squaring the Ascendant, but this time from the fourth house, another client looks after his family’s financial affairs, investing on their behalf with the primary goal of guaranteeing the costs of educating both immediate young relatives but, hopefully, of their heirs too.

Of the present day world-class ‘top’ philanthropists, it is interesting to see that Bill Gates has an exact conjunction at 27 Leo of Jupiter and Haumea, with Pluto at 28 of that sign ,whilst Georg Soros has an exact sextile between his Venus at 3 Libra with Haumea at 3 Leo. Also, with Haumea at 3 Leo, Warren Buffet (who tops the list in terms of world-class philanthropists), has Mercury at 3 Libra.  Michael Bloomberg’s chart shows an opposition of Mercury to Haumea in sextile to Jupiter. The orb is 2 degrees but taking the whole planetary picture into account we then find Jupiter = Mercury/Haumea.  These high-net worth individuals are high-profile philanthropists. Generally our clients are not! Yet now that I am aware of the potential for philanthropic desire, and so mentioning this in my interpretations, I am discovering surprising nuances —

During my husband’s recent ill –health we have encountered many ‘ministering angels’. Their hourly rate of pay is shockingly low and yet they always seem to be sourcing small gifts and making gestures that alleviate other people’s discomfort. They are acutely aware of lack.  Where possible, I have looked at their birth charts. An example here is someone born on October 22, 1973. Haumea conjoins Vesta exactly and both square an out of bounds Venus (in Sagittarius). Rarely will she accept a token for herself: it is always for others. Her background is of deprivation: a situation she is anxious to relieve for others. Thanks to her efforts, items that I might have abandoned find their way across the ocean to those in need.

This mirrors other people’s findings linking Haumea with ‘awareness of abundance or lack’. I note that attempts to find redress and balance have taken place as Haumea moved through Libra (a transit which began in 1970). Mostly I am aware of that their natal Haumea position has been activated by transit. Occasionally though, action has coincided with Haumea in sharp aspect to a progressed planet.

Which leads me to where we are today: and the possible link between the Saturn-Uranus square of 2021 and the forthcoming square of Pluto and Haumea in 2029. Certainly there is a case for exploring the Fixed stars and Black holes situation at 7 degrees of the Fixed signs. This though is not my area of expertise.

We recognize that hard aspects between Saturn and Uranus require each of us to discard what is outworn from the past and to embrace the future. As students of the cycles of the planets, perhaps it is incumbent on us to weigh up the possible (probable?) disruption and chaos that comes with marching to the beat of Uranus’ drum whilst accepting that some rules and regulations (Saturn) and checks must be put in place if anarchy is to be avoided.

Yet with this, and please recall that I work mainly with business and financial clients, there also comes the risk of economic collapse with loss of jobs and of income. As we embrace the future – and noting that before Pluto and Haumea form their square, that each of the outer planets will ingress into a new sign and that fresh needs and challenges will need to be embraced – we must surely keep in mind the possibility of great suffering whose roots may be in decisions taken during 2021.

With each hard aspect between Saturn and Uranus, there has been market correction (most recently in 1999 and 2007 and likely now in 2021). Those who have savings have had to draw on them, whilst there has been increased demand by charities for assistance so that they can, in turn, help others. We can only begin to imagine how loud the cries for help may be at the end of this decade as Pluto squares Haumea and consider that perhaps those losing employment presently will struggle in the years ahead.

The ingresses of Pluto and Uranus into Air signs and the escalating and likely dominating developments in robotics, indicated the high probability of many jobs being lost to automation. How then to feed and live? Perhaps this is all too ‘awesome’ or big for us to imagine. Understandably we – certainly I – at times feel helpless. Yet perhaps at some small level we can each ‘do something’. To avoid the potential for awesome ‘lack’ we could perhaps use the Saturn-Uranus square to place safety nets.

At one level this is about acquiring new and likely Uranus-related new skills. It could also include giving thought, energy and action to our ‘astrological legacy’: doing what we can now to preserve our art.

Which brings me neatly to one of my great passions: The Alexandria I-base which seeks to preserve astrological texts initially through the creation of the largest astrological catalogue in the world. Though the idea was discussed during an NCGR conference in 2013, this not-for-profit organisation didn’t become legal until October 2015. It is fascinating to recall that we so struggled trying to find the ’perfect’ date and that not one of us involved in electing the chart considered the position of Haumea. How delightful then to discover that there was an exact conjunction of Haumea with, of all planets, Mercury on the date finally chosen!  The I-base’ philanthropic aim is to give the gift of locating books, periodicals and lectures through its massive archive to students of astrology.

I have struggled to find an appropriate ending to this article: I wanted to tie the respective cycles of Saturn and Uranus to Pluto and Haumea when really the only phrase that seem to apply to both that applies to both is ‘disruption before evolution’.  In investment terms discussions tend to involve crypto currencies and block chain technologies where the conversation turns to wonder as to what the world will be like, e.g. without the hard currencies with which we are all so familiar.

There is scope for a whole article about this (later – and after much more research and meditation). For now, I wonder about the world my grandchildren will experience in 2029 and how the decisions taken this year (pandemic-related and otherwise) will affect them. How best to prepare them for living through Pluto’s square to Haumea? Interesting then to quote my discussion with Lily, my grand-daughter and whose Haumea is exact on my Libra Sun. When asked what concerned her most about the period between now (the Saturn-Uranus square) and when she might leave college or university, she made clear that the pressing concern FOR ALL OF US was the state of the planet and that we would all have to help one another cope with climate change.

My solar studies make it clear to me that much of the present crisis is down to solar behavior (and yes, that is likely affected by the distribution of the planets around the Sun). Lily is not ‘wrong’ though in making clear that we will all have to help one another. Today’s political decisions will have far reaching effect and perhaps require each of us to access our philanthropic traits. 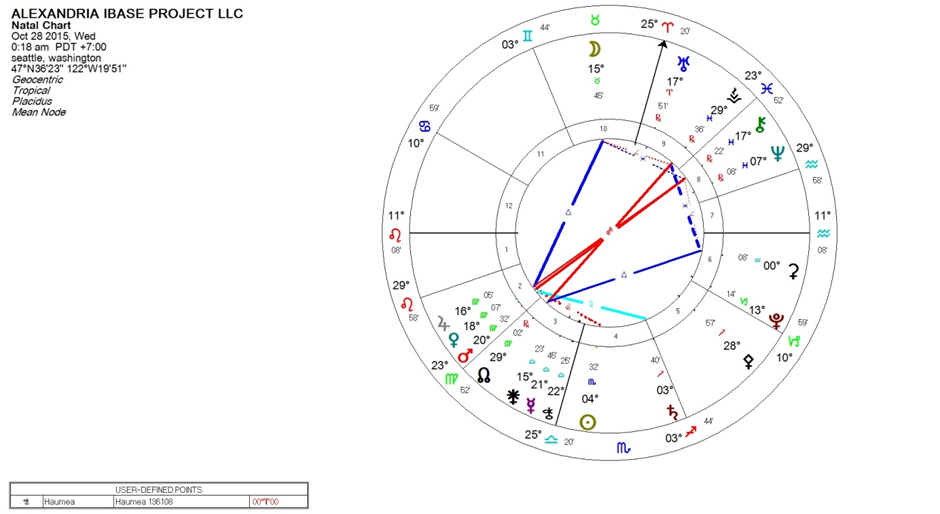